You are in Cover page » Vintage motorcycle » La Yamaha YZ 490 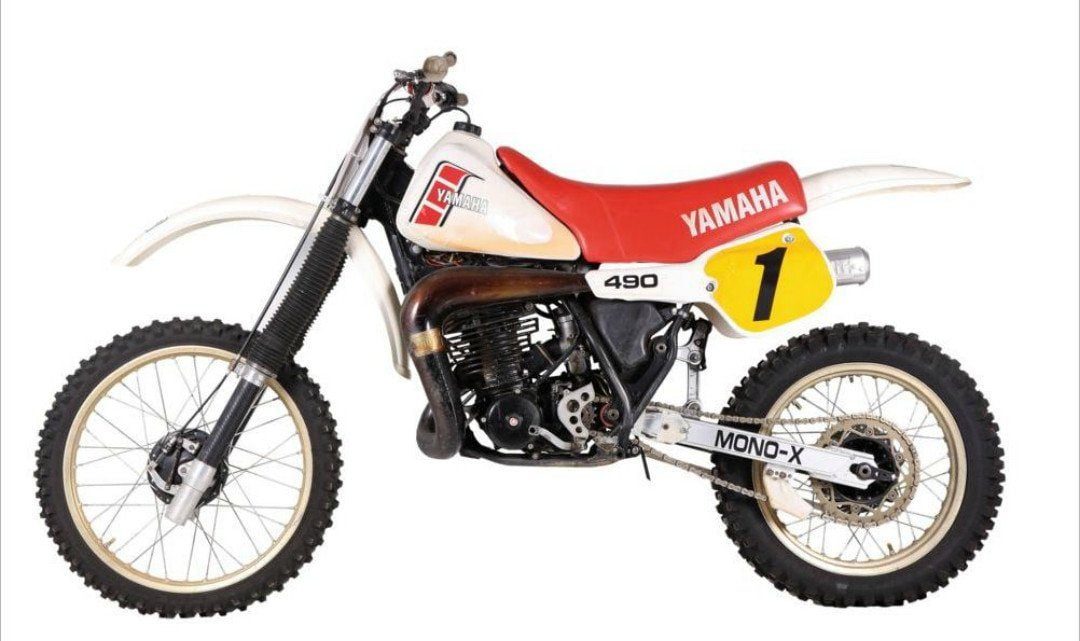 The AMA 500cc National Championship 1985 It would be the sixth and final championship for Broc Glover. Broc's career included a remarkable 50 national victories in the three main classes. Persecution title AMA 500 of 1985 It would be one of the most difficult for Broc, since I was hampered by a persistent wrist injury and uncompetitive bike. Even before the AMA production rule is implemented, Yamaha began racing their bikes production, and Broc Glover had to compete with a motorcycle outside the exhibition hall against the power of the Honda RC500 motorcycle and Kawasaki SR500. Broc that won the AMA National Championship 500 of 1985 on the bike that many experts consider one of the worst motocross machines ever built is a testament to his talent.

La Yamaha YZ 490 It was introduced in 1982 (following in the footsteps of the YZ465). Unfortunately, he 490 It was heavier than 465, even so reliable, difficult to start, He had severe suspension, He vibrated among other things. surprisingly, Yamaha was left with this evil design to 1991. If you launch rich enough to prevent agarrotara, would damage the plugs and produce little energy. If you threw to run strong, detonate and seize. Came with air leaks, an ignition wandering, weak engine mounts and a bad case of change of Yamaha! Yamaha Mountain issued a service bulletin to solve problems, But none of them worked!

One feature that was unique in the model 1985 was BASS (Suspension system operated brake). BASS was a cable connecting the rear brake pedal to shock compression damping. When he pressed the rear brake, compression was reduced to help manage the brakes braking. BASS no era popular, and most pilots YZ490 of the cable was disconnected. Our Yamaha YZ490 motorcycle presented is that the Yamaha team gave Broc Glover to win the title 1985. It never has started. The kind of 1985 It was white with red and blue graphics. If you are looking to buy a model YZ490 1985, locate the front disc brake, Takasago rims the golden, BASS system and standard bottle reinforcement. Suggested retail in 1985 it was of $ 2699.

NO to marchamo it is an abuse, to strike…

Engine enthusiast, especially for motorcycles in Costa Rica and the adrenaline their use.

This site uses Akismet to reduce spam. Learn how your comment data is processed.

We have a team of professionals to advise chivisimas willing to grow your business. Contact

We are the nationally recognized magazine, positioning ourselves as the magazine motorcycle and ATV greater impact on production information, as our vision.